We take great pride in the high level of education & experience that our D.A.M. dance teachers demonstrate.
Only the most qualified & skilled professional instructors are part of our DAM team, each specializing in their own, unique dance expertise!

OUR DANCE EDUCATORS ARE AVAILABLE VIA VIRTUAL LEARNING, AS WELL.
CLICK HERE TO INQUIRE FURTHER & GET SCHEDULED TODAY!

​In May 2020, Samantha obtained her Bachelor of Arts in Dance from Colorado State University. There, she cultivated her artistry with the help of her instructors Grace Gallagher, Judy Bejarano, Chung-Fu Chang, Madeline Harvey, Matthew Harvey, and Lisa Morgan. She has had the opportunity to take masterclasses from artistic directors such as Esther Baker-Tarpaga of Baker and Tarpaga Dance Project, Janet Johnson of Ormao Dance Company, Raffaele Morra of Les Ballet Trockadero de Monte Carlo, and Jessica Pittman of Industrial Dance Alliance. She has also taken masterclasses from Broadway dancer KC Fredericks from the cast of Wicked, PUSH Dance Theater, and Denise Vale of the Martha Graham Dance Company. Samantha loves musical theatre, and was overjoyed to be a part of the 2020 cast of The Polar Express in Golden. Currently, Samantha is a company member and teaching artist with Evolving Doors Dance. She can’t wait to share her positivity and creativity with her new DAM family!

JENNY LANDRETH                     CREATIVE MOVEMENT-BALLET -TAP-JAZZ
​Jenny Landreth is a Colorado native who after several temper tantrums convinced her mom she had to dance, and subsequently grew up dancing at Miller's Dance Studio where she was trained in all styles, though she was most dedicated to ballet. In 7th grade she was accepted to attend Denver School of the Arts where she majored in dance and received training from local and national artists including Suzanne Farrell, Alonzo King, Cleo Parker Robinson, Hannah Kahn, Jacob Mora, and Robert Sher-Machherndl. While at DSA she was one of nine dancers selected to perform at the Kennedy Center in Washington D.C. to represent the school and The Denver Board of Education as they were honored with a Kennedy Center NSBA Award. Her training was supplemented by multiple intensives with The Kirov Academy of Ballet in Washington D.C. Jenny’s love of rain and rocky shores took her to Oregon where she attended Western Oregon University as a dance major. While in the Pacific Northwest she danced professionally with Rainbow Dance Theater, Ballet Fantastique, and Washington Dance Creative, and was a principal with The Salem Ballet. She has performed across the country as well as internationally. She has taught dance for several years and enjoys sharing the tradition, discipline, and expression of the art with her students. Jenny has 1 indulgent husband and together they are doing their best to raise 1 cat and 1 dog.
GUEST ARTISTS  / MASTER INSTRUCTORS    (SPECIAL EVENT DATES / WORKSHOPS)
REBECCA WRIGHT                    BALLET - TAP - HIP HOP - JAZZ 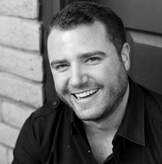 DONOVAN HELMA                   GUEST TEACHER - ADVANCED TAP
Since the age of three, Donovan Helma has been dancing under the direction of his family operated dance studio in Aurora, CO. He currently continues his education through multiple dance conventions and tap festivals throughout the year.  Donovan teaches and choreographs for multiple competitive studios in the Denver metro area and across the United States.  He has performed on a Monday Night Football halftime show with the Big Bad Voodoo Daddy and for Montreal’s Danse Encore International Festival in a production by Tap’d Out.  Donovan has taken the stage with modern tap legends such as Jason Samuels Smith and Dormeshia Sumbry-Edwards in a Greorgy Hines tribute show, Thank You Gregory.  He is honored to have toured the United States, Europe and South Africa for 7 years as a lead tap dancer in Tap Dogs. He looks forward to continuing his dancing career and inspiring audiences and students nationwide